Financial experts are often hired to measure economic damages in contract breach, patent infringement and other tort claims. Here’s an overview of how experts quantify damages, along with some common pitfalls to avoid. 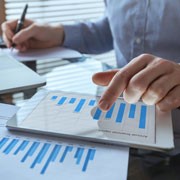 Where would the plaintiff be today “but for” the defendant’s alleged wrongdoing? There are three ways experts address that question:

1. Before-and-after method. Here, the expert assumes that, if it hadn’t been for the breach or other tortious act, the company’s operating trends would have continued in pace with past performance. In other words, damages equal the difference between expected and actual performance. A similar approach quantifies damages as the difference between the company’s value before and after the alleged tort occurred.

2. Yardstick method. Using this technique, the expert benchmarks a damaged company’s performance to external sources, such as publicly traded comparables or industry guidelines. The presumption is that the company’s performance would have mimicked that of its competitors if not for the tortious act.

3. Sales projection method. Projections or forecasts of the company’s expected cash flow serve as the basis for damages under this method. Damages involving niche players and start-ups often call for the sales projection method, because they have limited operating history and few meaningful comparables.

Experts will consider the specific circumstances of the case to determine the appropriate method (or methods) for the situation.

Another key step is to address mitigating factors. In other words, what could the damaged party have done to minimize its loss?

• A manufacturer that suffers a business interruption should minimize the impact by resuming operations at a temporary location or outsourcing production to another company, if possible.

• A wrongfully terminated employee needs to make a reasonable effort to find another job.

• An antitrust plaintiff prevented from entering a particular market should explore opportunities to invest in alternative markets.

• A plaintiff in a breach-of-contract case should make a reasonable effort to replace the business lost as a result of the defendant’s wrongdoing.

Most jurisdictions hold plaintiffs at least partially responsible for mitigating their own damages. Similar to discount rates, this subjective adjustment often triggers widely divergent opinions among the parties involved.

Some key factors need to be considered to avoid over- or underestimating a plaintiff’s loss. For example, the taxation of damages can have a significant impact on an expert’s conclusion. If the plaintiff must pay taxes, an after-tax assessment wouldn’t be equitable. Also realize that some parts of a damages award, such as return of capital, may be nontaxable and require an after-tax estimate.

Taxes also need to be handled properly when lost profits are discounted to present value. In other words, if damages need to be calculated on a pretax basis, the expert should use pretax discount rates. Mismatching after-tax discount rates to pretax cash flows would overstate damages, all else being equal.

In addition, it’s important to not assume that damages will occur into perpetuity. Economic damages generally occur over a finite period. They have a beginning and an end. Eventually most plaintiffs can overcome the effects of the defendant’s alleged wrongdoing.

When calculating economic damages, there isn’t a one-size-fits-all approach. What’s right depends on the facts of your particular case. Contact the experts at Advent Valuation Advisors to develop an estimate that avoids potential pitfalls and can withstand scrutiny in court.