The U.S. Tax Court recently ruled that payments made to a corporate taxpayer’s three shareholders were dividends — not compensation for personal services rendered. The court’s reasoning also may be relevant in shareholder disputes and divorce cases when the parties disagree about whether compensation should be deducted from earnings when valuing a business interest. (Aspro, Inc. v. Commissioner, T.C. Memo 2021-8, Jan. 21, 2021.) 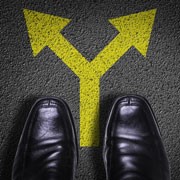 Under current tax law, a corporation may deduct all ordinary and necessary expenses paid or incurred during the tax year in carrying on any trade or business, including a reasonable allowance for salaries or other compensation for personal services rendered. In the case of compensation payments, a test of deductibility is whether they’re in fact payments purely for services.

Any amount paid in the form of compensation, but not in fact as the purchase price of services, is not deductible. An ostensible salary paid by a corporation may be a distribution of a dividend on stock. This is likely to occur in the case of a corporation having few shareholders, practically all of whom draw salaries. If in such a case the salaries are in excess of those ordinarily paid for similar services and the excessive payments correspond or bear a close relationship to the stockholdings of the officers or employees, it would seem likely that the salaries are not paid wholly for services rendered, but that the excessive payments are a distribution of earnings upon the stock.

The taxpayer operated as an asphalt paving business. Most of its revenue came from contracts with government entities. These public projects are awarded to the low bidder.
Aspro has three owners:

Shareholder A also served as the company’s president and was responsible for its day-to-day management. His responsibilities included bidding on projects. Shareholder A often spoke to the individuals who owned corporate shareholders B and C to get their advice on bidding for projects.

The Tax Court agreed with the IRS. It didn’t dispute that a portion of payments made to Shareholder A potentially might have been compensation for personal services. However, since the payments weren’t purely compensation, they weren’t deductible for federal income tax purposes.

Factors underlying the court’s decision to classify the payments as dividends, not a form of compensation, include:

Lack of historical dividend payments. Aspro is a corporation with few shareholders that never distributed any dividends during its entire corporate history; it merely paid management fees.

Payments to shareholders, not individuals. Aspro paid the amounts to corporate shareholders B and C, instead of to the individuals who actually performed the advisory services.

Timing. Aspro paid management fees as lump sums at yearend, rather than paying them throughout the year as the services were performed.

The appropriate treatment of payments to shareholders should be decided on a case-by-case basis. The decision has implications beyond federal income taxes. To the extent that a company’s value is based on its earnings or net free cash flow — say, under the income or market approaches — the deductibility of these payments can have a major impact on the value of a business interest.

The federal income tax rules for how to treat these expenses can provide objective guidance when classifying payments for other purposes. In some cases, it may be appropriate to adjust a company’s earnings for deductions that represent dividends, based on the facts of the case.

For more information about the classification of compensation and dividends or other valuation issues, please contact the professionals at Advent Valuation Advisors